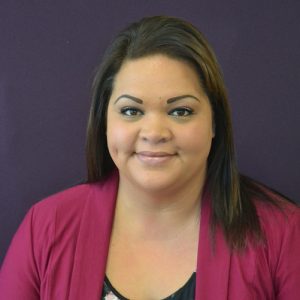 Luana Vaetoe, Chief Executive Officer
Luana was appointed Chief Executive Officer (CEO) of BI in July 2013, having demonstrated success in strategic business planning and implementation as Agency Director. Under her leadership as CEO, Becoming Independent has seen significant positive outcomes in various areas. A program designed to support the unique needs of the rapidly growing numbers of young adults on the autism spectrum launched in 2016 thanks to an infusion of private sector funding, and is now at full capacity. In 2017, the agency launched a significant expansion of its Social Enterprise Division, allowing BI to create community based opportunities for job training and market wage employment while generating revenue to continue advancing quality services. BI now operates two groundbreaking food service enterprises, providing all concession services on the SMART Train, and in 2018 opened the BI Buzz Café at Kaiser Permanente’s new Mercury Way Medical Offices in Santa Rosa. BI has experienced annual double digit increases in fund raising since Luana assumed the role of CEO, helping to fuel program growth and innovation. Luana received The North Bay Business Journal’s (NBBJ) Nonprofit Leadership Award as well as their 40 Under 40 Award for the positive community impact made by Becoming Independent under her leadership. In 2014, Becoming Independent was awarded Business of the Year by the Young Professionals Network for excellence in developing young professionals in the community and in the workplace and has been selected by The NBBJ as one of the North Bay’s Best Places to Work each year from 2013-2018. Luana is a recent graduate of the University of Delaware’s National Leadership Institute on Developmental Disabilities. 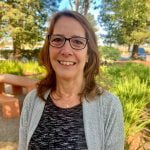 Paula Finley, Chief of Services
Paula was enticed by the idea of working at Becoming Independent as she was seeking a fun “retirement” job where she made a difference. Leaving Bank of America after 10 years, where she served as an AVP consolidating banking functions from branches into service centers, and wanting to forego the Petaluma to SF commute, Paula stepped out of the work world to raise her three children. She was very involved in the early years of the homeschooling movement, focusing on learning styles and curriculum development. This passion morphed into her tutoring high school students preparing for college entry math tests. Her subsequent work with SCOE, assisting in classrooms for medically fragile and students with autism and other IDD, led her to BI. Paula joined BI in February of 2011 and became Manager of the Production Services team in June of 2011. She had the privilege of leading BI’s vocational team through the transition from sub minimum wage to minimum wage in January of 2018. She continues to work to not only ensure BI remains a fun place to work but that it truly exemplifies its values in all areas, supports individuals to live self-determined lives and celebrates the staff who make BI the best. Paula is a graduate of the National Leadership Consortium on Developmental Disabilities program through the University of Delaware. 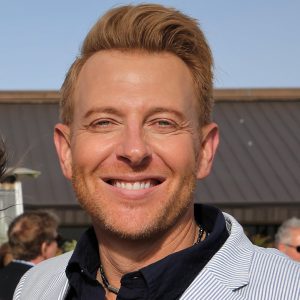 James Cox, Director of Community Support Services
In 2013, James joined Becoming Independent and immediately developed and implemented a collection of meaningful volunteer opportunities across Day Services. The partnerships he established with local organizations such as The Council on Aging, Catholic Charities, and The Redwood Empire Food Bank, created anchor activities for those served by BI to become active participants in supporting their local community. James’s diverse background in human services spans 25 years. His experience in Residential, Day Services, Supported Living, Transportation, Employment, Respite, and Behavior Management affords him a global perspective across the service spectrum. James’s experience, revolutionary philosophy on person centered services, and unwavering positive attitude is a valuable support to all facets of the organization. James is a graduate of the National Leadership Consortium on Developmental Disabilities program through the University of Delaware. 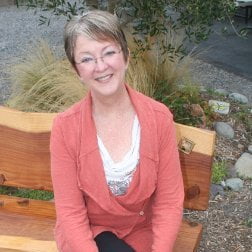 Lisa Folsom-Ernst, Fund Development Director
Lisa assumed her role in 2009 at a time when the agency, having relied almost exclusively on governmental funding for the previous four decades, was eager to develop new revenue streams that would help to support quality service delivery. After focusing on capacity building within her own department, Lisa developed partnerships with key stakeholders including the Board of Directors, advisory committees, and program directors. Since then, thanks to a strong partnership with CEO Luana Vaetoe and an exceptional team of talented Fund Development staff, much progress has been made. In FY 2011, BI’s Fund Development team raised $383,000; in FY 2018, this number reached $1,650,000. These gains have been made possible thanks to a wide variety of funding partners contributing via individual gifts, grants, and special events. In addition, BI’s legacy program continues to attract commitments from people who value the services BI provides and wish to help ensure that they remain strong for generations more to come. Private sector funding gains have played a key role in the launch of new and innovative services at BI including the creation of Passport to Independence, serving young adults on the autism spectrum, as well as the significant expansion of the agency’s Social Enterprise Division. Lisa came to BI with a depth of experience in the field of mental health and disabilities, and it is her pleasure to play a part in bringing resources to bear for the benefit of a results oriented organization whose values are steeped in dignity, diversity, inclusion and innovation. She earned a Bachelors degree from Bard College, a Masters in Social Work from City University New York, and is a recent graduate of the National Leadership Consortium on Developmental Disabilities program through the University of Delaware. 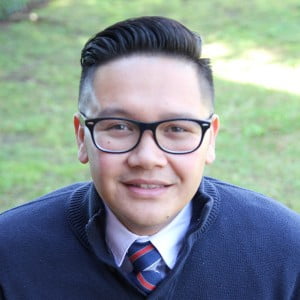